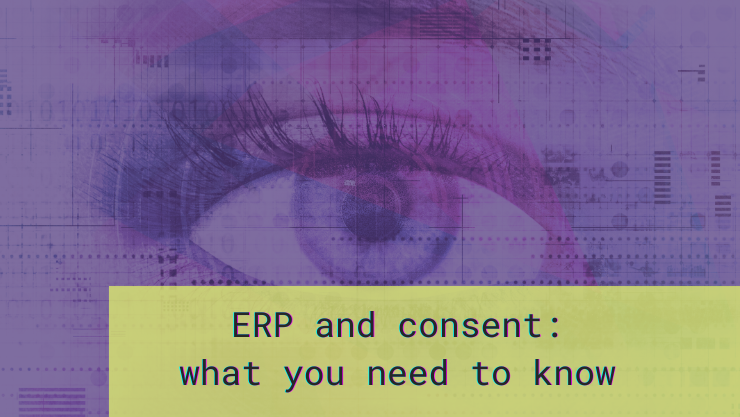 Let’s face it: when it comes to online multiplayer games, sexually explicit roleplay is nothing new.

As I’ll explain later in this post, it’s important to understand the risks even if you have no intention of engaging in sexually explicit roleplay yourself.

We have a lot of concepts to unpack, so let’s start with some definitions.

ERP can occur in both video games and text-based games, such as chatroom RPGs and multi-user dungeons (MUDs). In the context of MUDs, ERP may also be referred to as mudsex, moosex, or Tinysex.

What is consent in RP?

In the context of multiplayer RPGs, the concept of consent has to do with whether – and to what extent – certain things can happen to your character without your permission.

When a roleplaying game is described as nonconsensual, this means that there are things that can happen to your character without your permission, such as injury, illness, or even permanent death.

The role of consent

Consent is important for any kind of roleplay, not just ERP.

It’s the often unspoken, unwritten rule that keeps players happy and forms the foundation of trust that is necessary for many kinds of stories and events.

When consent is present, it generally means that players are having a good time and want to continue.

When players choose to play games with nonconsensual elements, however, they accept the fact that bad things can happen to their character later without their permission.

Examples of nonconsensual gameplay include:

Nonconsensual elements are more common in MUDs where underlying code is used to dictate characters’ limits/abilities and decide the outcome of events.

There’s also something called consensual non-consent (CNC) roleplay, which is when players agree beforehand to act out scenes of a non-consensual nature, such as those containing bondage or violence.

Be aware that some games do allow nonconsensual sexual violence. This means that when you play these games, your character could potentially be raped without your consent.

Always read the rules before you invest your time in a game, especially if it’s a game with mature/adult themes.

It’s important to understand the differences between the two.

Most roleplay that occurs in online multiplayer games happens with players’ implicit, rather than explicit, consent.

In fact, many – if not most – games don’t even address the idea of consent at all.

If and when players choose to engage in ERP, it’s often either against the rules (such as in World of Warcraft, for example), or players are assumed to have given their consent for that roleplay to occur (i.e. implied consent).

When it comes to roleplaying, explicit consent is important for online ERP for the same reasons it’s important offline: it’s healthier and safer for everyone involved.

To quote a friend, “When it comes to ERP, it’s never better to beg forgiveness than to ask for permission.”

Sure, it might feel awkward halting the action to ask if it’s okay to proceed, but it’s far better than disrespecting your roleplaying partner or causing them harm.

How to ask for consent

Asking for consent should be simple and straightforward and can be done in-character (IC) or out-of-character (OOC).

If you’re unsure about where the other player stands, asking out of character is the safest approach. Some games may even require that consent be obtained OOC.

Simply stop the scene before it gets hot and heavy and say something like, “Hey, it looks like this scene is heading toward X. Is that all right with you?”

Or, “Is it okay with you if our characters do X?”

Note how both of these questions are being posed out of character. You, the player, are making sure that the other player is comfortable with proceeding.

If your roleplaying partner says no or indicates a preference to fade to black, respect their wishes. Don’t proceed without their permission. No means no.

Also, the other player(s) will probably appreciate that you asked.

Even in games that require explicit consent from players, the concept isn’t without its limitations.

For example, there’s no way to be sure that the person on the other end of the screen is legally old enough to give their consent. (And the minimum age varies by state, by the way.)

You might think you can tell the difference, and you wouldn’t be the first person to make that assumption. I started roleplaying online when I was 14, and other players often mistook me for being in my 20s. It wasn’t uncommon for me to receive advances from people who turned out to be full-on adults.

Another situation where consent might fall short in a multiplayer game is when a scene is interrupted or monitored by a third party to whom consent has not been given.

Remember: consent granted toward one player doesn’t count for everyone else, and even if consent is given once, it doesn’t necessarily “carry over” to every scene thereafter.

I don’t bring these things to your attention to scare you. Rather, my intention is to make sure that you’re informed.

Text-based games with adult themes (such as war, sex, or violence) will often require players to be at least 18 years of age in order to play.

However, there is no easy, straightforward way for staff to enforce an age limit.

The point is, staffers aren’t checking government-issued IDs at the door, which means it’s entirely possible that the game has underage players.

Keep in mind that in some states, ignorance is not a legal defense, and cybersex with a minor is considered a crime.

You can ask the player to confirm that they’re 18 years or older before you proceed to ERP. However, if you’re even the least bit skeptical about their age, it’s better to err on the side of caution and avoid ERP with that player.

Another thing to keep in mind is that most MUDs do not offer secure connections.

This means that data is unencrypted as it passes back and forth between your computer and the server, making any text you send to (or receive from) the game inherently non-private.

On top of that, the admins and staff in most MUDs have commands that allow them to snoop on players’ activities without their knowledge or consent.

Remember that most MUDs are run by volunteers and hobbyists, not therapists or certified HR professionals.

As hobbyists, staffers aren’t necessarily trained on how to recognize and address sexual harassment or discrimination, especially in the context of text-based games. At best, they have some training through their real-life job; at worst, they may be regular offenders themselves.

The same is true for players.

If a game’s rules forbid something from happening without OOC consent, and that thing happens without your consent, my recommendation is to:

Situations like this are why it’s a good idea to keep logs of all your interactions in the game.

If you’re ever in a situation where another player has broken the rules, you’ll have evidence to present to the game’s admins.

Evidence is important because it can help others make informed decisions faster than if they have to monitor players for future bad behavior or try to unravel the truth from conflicting accounts.

Finally, keep in mind that a game’s theme can dictate what kinds of intimacy are acceptable – and between whom.

This is most often seen in games that consider themselves “historical” or “historically-based,” though it can also be true of games based on fictional settings.

In historical games, behavior such as cross-dressing or same-sex relationships may be frowned upon or even punished in-character.

At the same time, marriages and sexual relationships with underage characters may be permissible.

Again – and I cannot stress this enough – do read and understand the rules before you invest your time in a game. And not just the rules. If it’s a roleplay-enforced game, read the cultural helpfiles, as well. Make sure you know what you’re getting into before you play.

If a game has themes that make you uncomfortable (e.g. institutionalized homophobia, transphobia, or pedophilia), it’s probably not a great fit.

If sexually explicit roleplay isn’t your jam, however, there are ways to approach romance and intimacy between characters without going into graphic detail.

Here are a few variations commonly used by players:

For that reason, a safeword policy also lends itself well to text-based roleplaying games. The safeword makes it clear that the player, not the character, is asking for a timeout. Players can then discuss their comfort levels with certain activities before they proceed.

Below are some tips and suggestions for game staff. As the folks with power and authority, staff also bear more responsibility when it comes to upholding the rules of their game.

For example, players will often adopt staff behavior, either consciously or unconsciously, as the example to live by and will repeat staffers’ language and claims in arguments with other players.

A staff member’s words carry weight, which is why it’s even more important for them to watch what they say – as exhausting as that sounds.

So here’s my advice:

That’s it from me this time. I hope you found today’s post useful. Remember to respect others’ boundaries, stay safe, and have fun!

What does ERP mean in roleplay?

What does nonconsensual mean in RP?

In roleplay, “nonconsensual” refers to anything that happens without your consent.

In roleplaying games, it’s most often used to refer to bad things, such as death, injury, or illness that can happen to your character without your consent.

What is CNC in roleplay?

CNC stands for “consensual non-consent.” In roleplay, it’s when participants agree beforehand to act out scenes of a non-consensual nature, such as those containing bondage or violence.