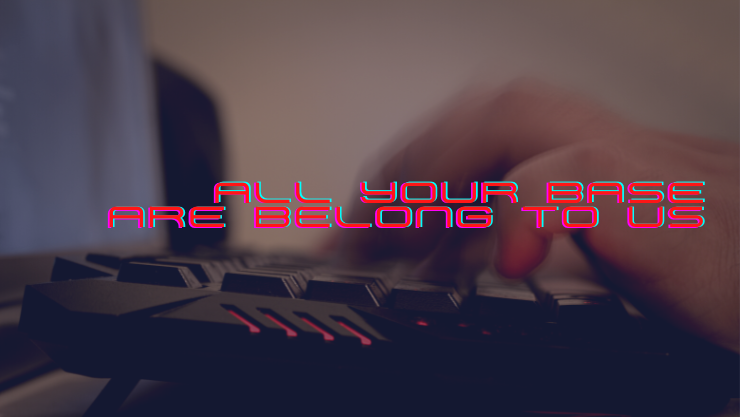 Typos can undermine the aesthetic of any game. In this post, I offer 5 reasons to reward players for reporting game typos.

I also provide suggestions on how to go about choosing rewards and communicating your typo reporting process.

The occasional typo usually isn’t a big deal, especially if it’s harmless or funny, but an abundance of typos can leave a poor impression and cause players to abandon a game. This is especially true for writing and text-based games.

What is a game typo?

A game typo is any written mistake in a game. Typos can work their way into dialogue, descriptions, lore, subtitles, and UI elements to have a negative impact on players’ experiences.

In the case of text-based RPGs, in which writing is central to gameplay, typos can also create confusion and make the game and its creators seem sloppy or careless.

There are exceptions to the above, of course. Sometimes a typo can be humorous or just plain insignificant. Some games even diverge from grammatical norms to great effect.

For example, A Dark Room breaks from expected capitalization and punctuation in a way that one could argue actually adds to the minimalist aesthetic. That’s why, for the purposes of this post, a game typo is defined as any written mistake. Because it’s not really a typo if it’s baked into the design or aesthetic.

What this also means is that not all game typos have to do with grammar or spelling. Mistakes can also take the form of outdated or incorrect information, such as inaccuracies in helpfiles and descriptions or in the game’s available lore.

If you’re a game creator, you could comb through your game to find all the typos yourself, assuming you feel confident you could identify them. But if your game has a lot of text, or is text-based, it’s worth offering rewards to players who help report them.

Here are 5 reasons why:

Even if you don’t offer a reward, plenty of players out there will go out of their way to tell you about your game’s typos anyway. That’s because people like to help, especially when they feel a game is worthy of the effort of making it even better.

Still, a reward, no matter how small, can be a significant motivator. With more motivated players, you can nix a lot more typos.

This is similar to advice I give to game masters: players are more engaged in a story when they see that their actions have consequences. Similarly, they’re going to be more gung-ho about reporting game typos if those efforts have tangible results.

Have you ever sent in a bug report and never heard back one way or another? I know I have, and it can happen with typos, too. While we all know that game staffers are super busy, from the player’s side, the radio silence is still a bit of a drag.

After all, why bother helping if you don’t even know whether your efforts are making any kind of difference?

A reward signals to the player that you not only received and saw their typo report but that you appreciate it and have acted on it.

They’re more likely to help again, rather than deciding it’s a waste of time. The player may even excitedly return to the point in the game where they saw the typo just to confirm that their report made a difference. (I admit I have totally done this.)

The point is, even if you can’t get to everything right away, it’s still worth letting players know that you’re receiving their reports and appreciate them.

3. Rewarding players for their help creates a more welcoming community

If you’re looking to build a positive player community around your game, accepting typo reports can help with that.

You’re not perfect, and your game’s not perfect, and that’s okay. Sometimes it’s easy to forget that the people on the other side of the screen are human beings. When you ask for help, you remind others that you’re a person and not a robot. When you reward players for that help, you create a more constructive and cooperative atmosphere for all involved.

(For more tips on building a welcoming community, check out Niamh’s advice for building a screen reader-friendly MUD. It might give you some good ideas for your own game!)

This goes back to encouraging players to invest in your game. You can accept typo reports without acknowledging players, but you’re more likely to cultivate loyal supporters and fans if you show a little love.

Loyal players are more likely to become advocates, which in turn can be great for marketing your game. When players are advocates, they will tell their friends about your game and encourage them to play.

5. Giving out rewards for game typos can help keep you accountable

If you know players are relying on you to eventually check and respond to their reports, you’re more likely to stay on top of fixing those game typos.

On the other hand, you don’t want to burden yourself to the point of burnout, so make sure to set reasonable expectations for both sides.

Let’s say you’ve decided you’d like to offer some rewards for reporting in-game typos. Now what? What rewards should you give players?

The answer to that question really depends on the type of game and your available bandwidth. In general, however, I suggest picking rewards that won’t affect the game’s balance.

Here are a few ideas, keeping in mind that responding to typo reports takes time and that some players might want to remain anonymous:

Whatever you decide, keep it simple and easy to maintain. You want to avoid turning typo reporting into a popularity contest or something that gives some players an advantage over others.

How to collect typo reports

Let’s say you’ve decided on your reward and have a pretty good idea as to how you’ll hand it out. Now, how do you collect the typo reports?

Again, the answer really depends on your game and how much bandwidth you have available.

Some games have a built-in messaging system that can be used to report bugs as well as game typos. You could also:

Just remember that you or someone else on your team will have to read and respond to the reports, so try to make it as easy on yourselves as possible.

Here are some additional suggestions for collecting typo reports:

Look, it’s bound to happen! I’m not perfect, after all. 😂

If you happen to find an obvious misspelling, egregious grammatical error, or a broken link somewhere on this site – shoot me an email. Let me know what you found and on which page you found it, and I’ll happily give you a shout-out for your help.